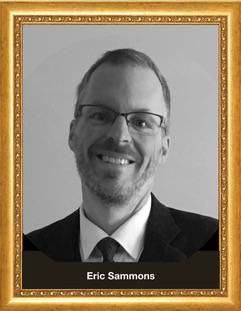 Eric Sammons, a former Evangelical, entered the Catholic Church in 1993 and has been involved in Catholic evangelization efforts for over two decades.  He is a husband, a father (of seven), and an author. He believes in life, liberty, and the pursuit of holiness. 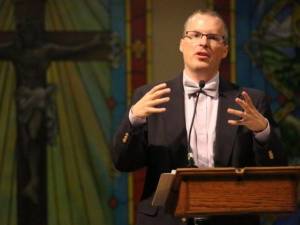 He is a freelance writer, editor, and the author of several books, including The Old Evangelization: How to Spread the Faith Like Jesus Did (Catholic Answers, 2017) and Holiness for Everyone: The Practical Spirituality of St. Josemaría Escrivá.  He has also written several books, including a High School textbook on world religions, and a book on the digital currency Bitcoin.

He is also the Editor of a Sacramental Preparation textbook on the Sacrament of Confirmation. He contributed articles to numerous websites, including OnePeterFive, Catholic Answers, Crisis Magazine, The Federalist, and CatholicVote.

He holds a Master of Theology degree from Franciscan University.

He can be followed on Twitter @EricRSammons and his website “Swimming Upstream” can be found at ericsammons.com.