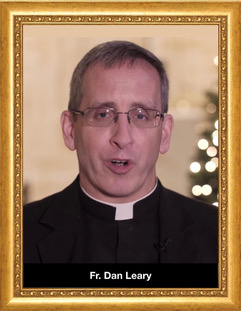 Father Dan Leary is a priest in the Archdiocese of Washington, DC and was ordained in 1997.  He previously served as Pastor of Saint Andrew Apostle in Silver Spring, MD.  In this role, he led men’s, women’s, and couples’ retreats for over 20 years.  His annual women’s retreat in Pennsylvania drew over 275 women from the DC area and beyond.

Father Dan graduated from Mount Saint Mary’s Seminary in Emmitsburg, MD.  He is instrumental in serving the poor throughout the world and organizes and supports several mission trips each year through Mustard Seed Communities, and his retreat ministry, Anima Christi Retreats.

Father Dan left parish life to be chaplain to Sisters of Mary serving poor children around the world.   See Article