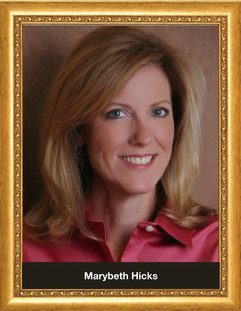 Author, columnist and speaker Marybeth Hicks spent more than a dozen years writing from the intersection of parenting and culture. An author and columnist, she previously wrote for the The Washington Times and Catholic Digestmagazine, among other outlets. These days, Marybeth speaks for women’s organizations, civic clubs, parent groups, school communities and churches. In addition to her writing and speaking practice, she currently serves as Director of Marketing at FAITH Catholic, the publishing and communications company of the Catholic Diocese of Lansing, Michigan.

A frequent commentator on family issues, Marybeth has appeared on national television outlets including ABC News, Fox News, EWTN, the Christian Broadcasting Network, and on dozens of national and regional radio programs.

Marybeth began her career as a writer in the Reagan White House, and later was a communications specialist in the educational, healthcare and corporate sectors. A graduate of Michigan State University, she serves on the advisory board of the Parents Television Council, an organization seeking to promote decency on the airwaves.

Marybeth and her husband Jim Hicks make their home in Florida and are the parents of four young adults.