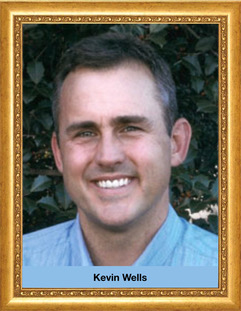 Kevin Wells is a former Major League Baseball writer and author of The Priest I Need and Burst, A Story Of God’s Grace When Life Falls Apart. He is a freelance writer and active evangelist, where he is asked to speak on various Catholic topics.

He is President of the Monsignor Thomas Wells Society for Vocations, which financially and prayerfully commits itself to the promotion of strong priests, seminarians and practice of the fullness of the Catholic faith.

His work with youth earned him the James Cardinal Hickey National Figure Award from the Archdiocese of Washington.

He lives in Millersville, Maryland with his wife and three children. He loves baseball, reading and his backyard fire pit (with many men gathered around).

In 2009, he survived a close brush with death after a malformed line of vessels in his brain hemorrhaged. The day after invasive brain surgery failed to control the flow of blood that was compressing his brain, Kevin was anointed by Fr. James Stack — the longtime best friend of his murdered uncle, Msgr. Thomas Wells. To this day, witnesses in the dark neuro-ICU room still tell of the miracle that unfolded at his bedside.