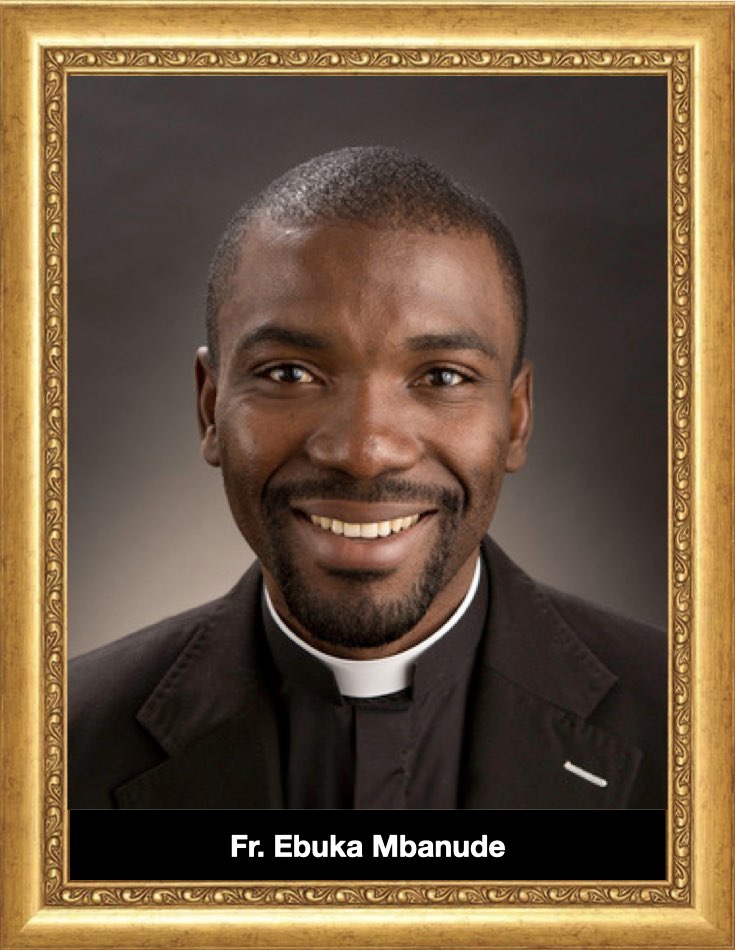 Fr. Ebuka Mbanude was born and raised in Onitsha, Anambra State, Nigeria. His parents, Edwin and Regina, made their house a home not only for all seven of their children, but also for many aunts, uncles and cousins that lived with them at different times.  He attended private school for his primary education.  Later, he attended Christ the King College, a Catholic secondary school founded by Irish missionaries in Nigeria. The seed for spiritual life was planted by his parents, at home, by daily family morning prayer and evening prayer. He learned to pray and read the scriptures from his parents.

In 2007, Fr. Ebuka Mbanude immigrated to the United States and settled in DC with his relative. He held different jobs in the city at Target store, DC Department of Parks and Recreation and other internship positions. He earned a Bachelor of Science degree in Biology from The University of the District of Columbia in Spring 2013.

Fr. Ebuka Mbanude had hoped to proceed to graduate program or medical school after his undergraduate, but the call to the priesthood persisted in his heart. Although he was afraid that he would sign his life away if he entered the seminary, the Lord’s gentle love and mercy led him to be able to trust that God would help him do God’s will as a priest. In Fall 2013, he was admitted to the priestly formation program of the Archdiocese of Washington. Fr. Ebuka Mbanude completed two years of pre-theology program at St. John Paul II seminary, and was sent to Mount St. Mary’s Seminary in Emmitsburg for four years of formation and theological studies.

Fr. Ebuka Mbanude was ordained a priest of Jesus Christ on June 15, 2019 by Archbishop Wilton Gregory, and since then, has been serving as a parochial vicar at Holy Redeemer parish in Kensington, MD.